Everybody has a view on streaming, and OTT, and content to mobiles, and generally fulfilling the vision of what the consumer wants, when they want it, where they want it.

That view, though, tends to come at the subject from the technical end. People have opinions on adaptive bitrate delivery, and encrypted media extensions, and whether MPEG-Dash is the way of the future. All of which is very important, of course.

If you google “create streaming content”, the first link is to a page which talks about file formats and download methods. Nothing about creating the content itself – and if you are going to make money from streaming, you need to have something to watch.

Something over 300 hours of content is uploaded to YouTube every minute, a statistic that never fails to startle me. And here’s the sad truth: most of it is utter rubbish. And yet “Funny cats and kittens meowing compilation” has had 88 million views over the last four years.

What would be really nice would be to find a way to create content that people actually want to watch, but you can make for a more practical budget than Game of Thrones or The Crown.

There are two aspects to creating great content which people want to watch. There is the idea, the creative spark, and there is the execution, the making of the programme.

As the saying goes, ideas are free. Anyone can have a great idea for a programme. You do not need to be a giant multi-national production company to come up with the idea for the next game show. You just need to have the hook.

There is an extremely popular podcast at the moment, where two women from BBC Radio Sheffield chat with whoever they can get into the studio. I am sure they have very interesting conversations, but I suspect the reason that they are so popular is that the series is called The Naked Podcast, and all contributors are supposedly naked (it is radio, so we will never know). Whatever, it is a very successful hook.

Live video game streaming is also an area that continues to expand. Streaming platform Twitch, by far the most popular platform for live game streaming, was acquired by Amazon in 2014 in a bid to gain access to an entire demographic of viewers who see this as prime content – incidentally it was recently brought into the Amazon Prime subscription offering.

Many Twitch viewers would rather watch the game play of someone else than watch a “regular” tv show or even play the game themselves. Now, while this may initially sound strange and niche to some of us, it really isn’t – after all many, many people enjoy watching other people play football on TV rather than playing themselves – and there are already gamer “stars” out there too! Add to this the rise in popularity of e-sports competitions as spectator events and you can see why the big players want in; For example, F1 are into their second season of an e-sports world championship which runs alongside the “real” thing – and it’s already a pretty big deal.

Amazon clearly see Twitch as a key area and are expanding the platform to offer more diverse content for these once niche demographics and add additional “channels”, such as Twitch Creative to extend the model. The likes of You Tube and Facebook are now actively trying to promote similar offerings to entice gamers & viewers onto their platforms – Microsoft also have a foothold here with their Mixer offering. And all are looking to entice content creators and stars with paid deals, perks & exclusivity contracts etc. – because ultimately, it’s still all about the content.

Another interesting thing to note here, is that “live” viewing appears to be alive and well, it’s just not quite live viewing as we know it.

The trick, then, to create great content in an affordable budget is to come up with an idea that is likely to attract an audience either existing or “dormant”, and which can be executed quickly and cost-effectively.

Game shows, for example, are great for productivity: you can knock out six or eight a day once you have got the studio set up. You can self-shoot, which is great for documentaries that need a strong sense of authorship. Ask YouTube for All the Stations – shot with DSLRs for quality, but driven by the personalities of the authors.

The technology is all affordable, of course. Cameras with good HD specs are readily available, even on your phone. Video editing software comes free with computers these days. All ready for that big idea.

What if your idea needs a bigger production? The paper that took this year’s Conference Prize at IBC comes from the BBC. It is about a machine learning package called Ed, which essentially knows what good television looks like. It can take pictures and, in what the paper calls “near-live”, make a proper programme out of it.

Imagine, say, a non-league football match, or even a school sports day, which could never justify the full 24 camera outside broadcast. You could install two or three fixed 4k cameras which Ed the computer would scan. It dynamically creates HD cut-outs from the 4k inputs, and switches between them to create sensible, coherent coverage.

It is not just sport. One of the early trials was at the Edinburgh Fringe in 2017, when Ed directed a comedy panel show. You could cover a smaller stage at a music festival – maybe get the stage sponsor to pay for it.

We are not at the point where a machine learning computer network is going to replace the skills, talent and creativity of the best directors and cinematographers working in television. This is not the point. But with AI you get quite good multi-camera coverage, for the cost of an engineer to plug it all in and a commentator.

But all this is about the execution. It all starts with the idea, and that is what is going to win and retain an audience. Hint: That will not involve a cat doing amusing things shot on an iPhone in portrait with a smudgy lens. 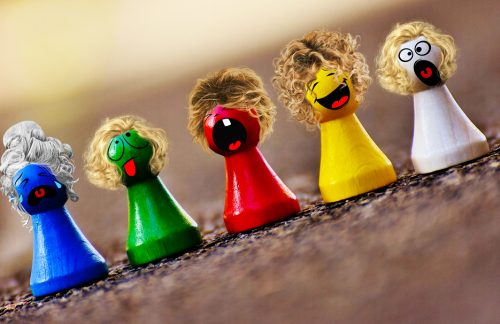 Variety is the spice of life, or so goes the saying. Of course this extends to our viewing habits. With over 370 TV channels available on Sky and even as much as 70 on a basic Freeview package, the whole gamut of human interest is covered. But how does this linear programming behaviour extend to … Continued

‘You can skip this intro’. Sound familiar? Well, please don’t this time. You’ll likely miss something important. If you’ve been watching certain stream-able content platforms like Netflix, Amazon Prime, etc. you’ll recognise it as a commonplace option. The odds are that over the Christmas period someone in your household was idly complaining about having to sit … Continued